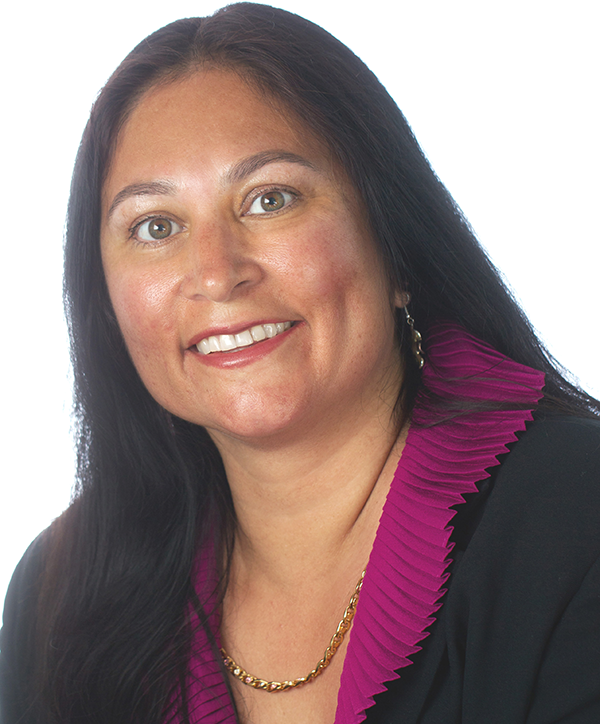 Brenda Aguilar-Guerrero chairs Meyers Nave’s statewide Eminent Domain and Inverse Condemnation Practice Group and has been representing public entities on complex eminent domain and inverse condemnation matters for more than 25 years. She has assisted clients with large, complex multibillion-dollar infrastructure projects requiring hundreds of acquisitions, as well as smaller scale projects throughout the state for a variety of clients.

Brenda likes to get involved at the initiation of a project to ensure that her clients are following all state and federal regulations and laws. She attends project meetings, obtains rights of entry, drafts and/or reviews acquisition documents, works with consultants/clients to execute acquisition strategies, reviews appraisals for legal compliance, and negotiates with property owners; assists in drafting staff reports, resolutions of necessity and notices to property owners; prepares complaints and all documents required to file the condemnation action(s); obtains orders for prejudgment possession; and handles all litigation through the filing and recording of Final Orders of Condemnation.

Prior to joining Meyers Nave in 2010, Brenda was the managing partner of Erickson, Beasley and Hewitt for six of her 15 years with the firm. While at EB&H, Brenda specialized in representing public entities in a variety of cases including complex eminent domain and inverse condemnation, governmental tort liability, employment, and civil rights actions. She also represented private owners in inverse condemnation actions and successfully litigated on behalf of plaintiffs in high-profile discrimination actions as well as predatory lending actions.

Brenda’s client, the Transportation Agency for Monterey County (“TAMC”), is constructing a new commuter rail project to extend passenger rail service from Santa Clara County to Salinas. TAMC acquired most of the property interests required for this Project but was unable to settle as to an industrial property where TAMC sought to acquire 2,156 square feet from one of the warehouses located thereon.  Prior to trial, the landowner’s final demand to settle was $1,900,000 and TAMC’s final offer to settle was $1,100,000. At trial, the landowner asked the jury to return a verdict in the sum of $2,200,000.  TAMC asked the jury to return a verdict in the sum of $800,000. The jury verdict was $1,271,217.00, which was $928,783 below the landowner’s appraised value and $727,783 below the landowner’s final settlement demand. Because the jury’s verdict was much closer to Brenda’s final offer (only $171,217 over) than the landowner’s final demand, Brenda also saved TAMC from the possibility of the judge ordering TAMC to not only pay for the fair market value of the property (as determined by the jury), but also pay for all of the landowner’s attorneys’ fees and other litigation expenses. It is important to note that the landowner’s number at the beginning of trial was $2,580,223.  During trial as a result of motions in limine and a motion to strike at the end of their case, their number was reduced to $2,240,000. The court would make its determination of fees based on $2,580,223.

In another win for her client, the landowner was also ordered to return $728,340 of the deposit that the judge required TAMC to pay early in the case. The judge had ordered TAMC to increase its deposit (which the landowner can withdraw) from $780,000 (TAMC’s appraised value early in the case) to $1,999,000. The judge made this order believing that TAMC should (as requested by the landowner) pay to expand the warehouse building to a much larger size than what it was before TAMC acquired a small portion of it. TAMC believed that the building could simply be re-surfaced (at TAMC’s expense) because, even though it would be a little smaller, it still had more than ample space to continue the same warehouse operations as before. Because the judge made this ruling “without prejudice,” Brenda was allowed to argue to the jury that taxpayers should not be forced to pay for a large expansion of the warehouse. In a rare occurrence in eminent domain trials, or any trial, Brenda successfully convinced the jury to rule differently than what the judge had ruled.

More than 30 plaintiffs brought separate actions against the City of Palmdale involving inverse condemnation, nuisance, negligence, and trespass claims as a result of a massive 2015 rain storm that caused substantial flash flooding and debris flow. With a “return frequency” at 1000 years, the storm overwhelmed the City’s public improvements. Brenda served as lead counsel on the cases from the pre‐claim period including undertaking an exhaustive search to find hydrology and flood plain experts to analyze the storm, through successful resolution: (1) negotiated the dismissal of Palmdale from the Simmons action within a few months of the filing of the action, (2) won a dispositive motion in the Faulk case for judgment based on establishing that the epic storm was an intervening factor that broke the causal chain for liability, and (3) negotiating a settlement of the remaining Dunagan/Celebron plaintiffs, which was paid by the pooling entity with a minimal contribution from the City of Palmdale. Brenda successfully argued a summary judgment motion that resulted in the dismissal of numerous plaintiffs. The motion served as the catalyst to get the remaining cases settled at substantially less than it would have cost the City to prepare summary judgment motions in those cases.

Brenda successfully represented the City of Sacramento in defeating the last legal challenge to the new $477 million entertainment and sports arena in downtown Sacramento that serves as the home for the Sacramento Kings NBA team. After an 11-day trial with 18 witnesses, more than 150 exhibits and the presentation of an administrative record, Sacramento Superior Court Judge Tim Frawley issued a proposed Statement of Decision finding that “plaintiffs have failed to meet their burden of proof on any of their causes of action” and awarded the recovery of defense costs. Opponents settled their case for dismissal of all claims with prejudice in exchange for a waiver of costs. In an attempt to overturn the City’s approval of the arena, opponents had alleged that the public-private partnership supporting the arena engaged in a “secret subsidy,” collusion, fraud, concealment, waste and illegal expenditure of public funds, along with alleged illegalities in the City’s $325 million in bond financing. The case also addressed unadjudicated law as plaintiffs’ reverse validation claim challenged the City’s finding that there were “significant public benefits” from issuing bonds under the Marks-Roos Local Bond Pooling Act of 1985. Prior to Gonzalez v. Johnson, there was little judicial guidance for cities in their issuance of bonds under the Act. The Daily Journal  selected the victory in Gonzalez v. Johnson as a “Top Defense Result” in its special report of the Top Verdicts for 2015.

In a case raising complex questions on valuation of “improvements pertaining to the realty,” as well as unique relocation and goodwill issues, Brenda overcame the bloated appraisals from a business owner, saving the transit district over $4 million. A medical device sterilization business, represented by Norm Matteonni and Peggy O’Laughlin, sought $9.85 million in eminent domain just compensation from BART. As a result of motions in limine, that amount was reduced to $9.4 million. The jury awarded the business only $5.4 million, forcing it to return $400,000 to BART from the agency’s pretrial deposit—a rare occurrence in eminent domain disputes.

Brenda drafted purchase and sale agreements including one for a property valued at $26 million, drafted license agreements, and obtained orders for possession. She also assisted with complicated relocation, valuation and improvements to the realty issues.

Brenda was also successful in having the Business Owner accept her final offer,  after the jury was empanelled, that was hundreds of thousands of dollars below the Business Owner’s trial testimony. (VTA v. RK Logistics (2013)).

After the complaints and motions for prejudgment possession had been filed by in-house counsel to respond to the numerous oppositions filed by several large developers, Google, a water district, and a City, Brenda’s team was successful in getting stipulated orders for possession and reaching early settlements with all the property owners. Five actions were filed to acquire various property interests needed for this project to relieve traffic congestion by constructing auxiliary lanes and extending high occupancy vehicle (HOV) lanes on Highway 101 between State Route 85 in Mountain View and Embarcadero Road in Palo Alto. The settlements required coordination with the various property owners and Caltrans, as well as implementation of creative strategies.

Brenda is presently assisting TAMC with a 16-mile commuter rail extension project. She filed 10 eminent domain actions and has settled 7 of those actions. She advised TAMC through the pre-condemnation phase, assisting with valuation, relocation, project coordination, and appraisal issues. She also assisted TAMC with numerous hardship acquisitions.

Brenda assisted COG with all aspects of the right-of-way process, acquisitions and condemnations for the Highway 25 Bypass Project. A total of 44 property acquisitions were required for the project. Two properties were acquired in their entirety as full fee takes; one business was relocated; one household was relocated; and one rental tenant was relocated. The remaining properties were acquired as partial fee takes, in addition to the acquisition of public utility easements and temporary construction easements. Brenda assisted COG staff and consultants in preparing initial offers, staff reports, resolutions of necessity, and an amendment to their joint powers agreement, as well as in negotiating settlements. Sixteen cases were filed. Most involved complex legal and valuation issues relating to severance damages, highest and best use, development potential, dedication requirements, zones of value, and benefits.

Four cases are described below.

Two cases are described below.

Brenda defended BART in an inverse condemnation action brought by over 100 plaintiffs living near the BART extension from Concord to the North Concord Station. The case consisted of three consolidated actions brought by homeowners and residents who claimed physical damage and personal injuries allegedly suffered during the period of construction and operation.Thirteen separate causes of action were alleged. Brenda negotiated a very favorable settlement for BART that included payment on only some of the construction related claims. Judgment was entered in favor of BART on all other claims.