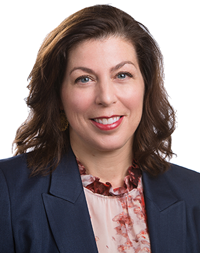 Laura’s background also includes serving for fifteen years as a Deputy City Attorney for the City of Berkeley. She provided transactional advice to City departments in the areas of land use, planning and building, nuisance abatement, housing, redevelopment, the Code Enforcement Unit and the Berkeley Housing Authority. Laura drafted a wide range of ordinances, including those addressing massage establishments, development near creeks, inclusionary housing and density bonuses, relocation of tenants and nuisance abatement.

She also defended the City of Berkeley in litigation in federal and state court, including researching and drafting briefs and participating in oral argument in the following three important published cases:

Prior to her service for the City of Berkley, Laura was an Associate Attorney at a private law firm where she litigated consumer protection, unlawful and unfair business practices, and unfair debt collection practices cases in federal and state court.

Laura began her legal career as a Staff Attorney at the Environmental Law Foundation, where she litigated cases in state and federal court through private attorney general provisions of the California Safe Drinking Water and Toxic Enforcement Act (Proposition 65), Unfair Business Practices Act, False Claims Act, Resource Conservation Recovery Act, Clean Water Act and Endangered Species Act. She researched and drafted motions, and appeared before all levels of state trial courts, the U.S. District Court for the Northern District, the Ninth Circuit Court of Appeals as well as the California Public Utilities Commission.

In 1995, Laura was appointed Acting Legislative Director and Press Secretary for Congressman Ronald Coleman in Washington, D.C. She developed national and local press strategies, wrote and distributed press releases, and coordinated press activities with the Democratic Caucus while supervising the legislative staff and overseeing the completion of legislative tasks, production of staff documents and establishment of office protocol and procedure. She also prepared opinion editorials, statements for the Congressional Record, testimony, press conference remarks and speeches.