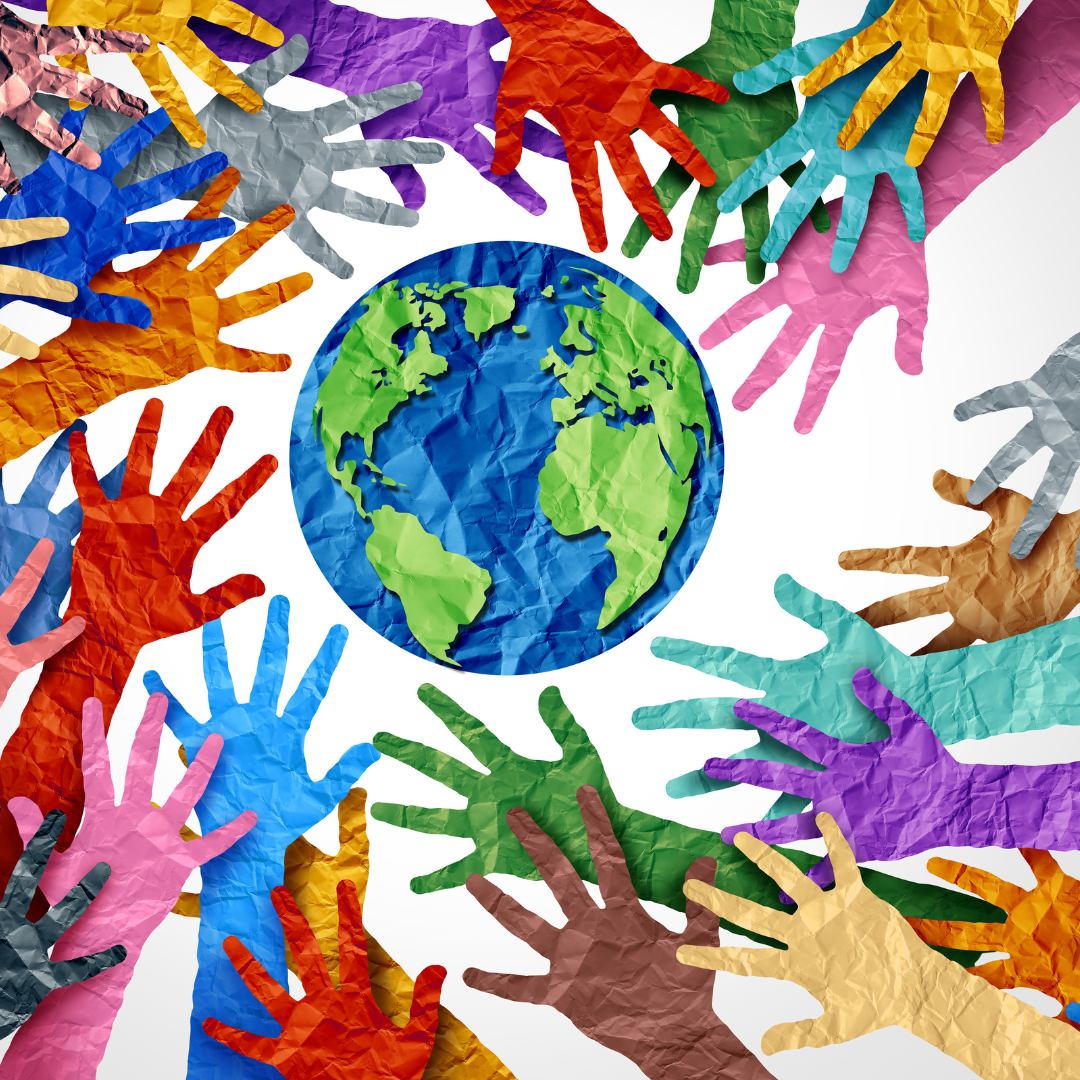 Meyers Nave’s promotion of diversity and inclusion reflects the values of our clients, our society and our firm. We support diversity and inclusion throughout our offices, in the legal profession, and in our communities. The individuality of our attorneys and staff — and their collective experiences, perspectives and backgrounds — helps us provide clients with the most effective and creative legal services.

Our Diversity Committee focuses on the three pillars of diversity, equity and inclusion, which are fundamental principles woven into the fabric of our firm: they drive the success, innovation and professional leadership of Meyers Nave. Please click here for a video message about diversity from Amrit Kulkarni, a member of the Executive Committee and Chair of the Land Use, Environmental and Transportation and Infrastructure Practice groups.

Law360 and the San Diego Business Journal has highlighted our commitment to diversity as a key aspect to our merger with the Brown Law Group, a prominent woman- and minority-owned law firm. (Please see “Diversity Is Key In Calif. Boutique Merger With Meyers Nave,” Law360, 9/3/2020, and “Encouragement Changes Lives: Celebrating Black Entrepreneurship,” San Diego Business Journal, 2/1/2021) Meyers Nave is also highlighted as “One Small Firm Solution” in a March 2021 AttorneyAtWork article titled “Diversity in U.S. Law Firms: It’s Always Going to Be Incremental.” 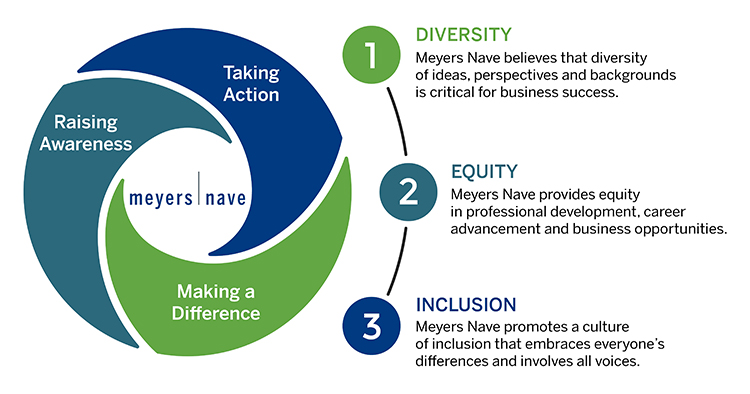 The professional development efforts of our Diversity Committee include a monthly program featuring diverse leaders from corporations, public entities and non-profit organizations. The program provides Meyers Nave attorneys with opportunities to learn from diverse executive-level professionals about their career paths, preferred practices for working with outside counsel, examples of excellent client service, and insights on developing contacts into business.

Recent presenters include George Schell, General Counsel of the Presidio Trust, and David Kelly, General Counsel and Vice President for Basketball Management and Strategy for the Golden State Warriors.

We also provide business development training, networking opportunities and other programs focused on mentoring, leadership, education and increasing the visibility of women and minority attorney role models throughout the firm.

Our Diversity Fellowship Program is designed to promote diversity throughout the legal profession by helping to build a pipeline of diverse attorneys at the law school level. Our program has already helped advance the careers of six law students (four of whom are women) and in 2020 we hired one of our fellows as an associate.

Please click here for more information about the program, including application, comments from our Fellows and pictures and highlights from each year’s program.

Meyers Nave is proud of our successful efforts to help advance women in the legal profession and throughout our firm. Meyers Nave was one of the first law firms in the U.S. to have a minority woman as Managing Principal (from 2004 to 2010).

Today, half of our attorneys are women, nine practice groups are led by women, one of three executive committee members is a woman, two of four attorneys elevated to Principal since 2018 are women, and four of our six Diversity Fellowship Program participants are women.

The Charles Houston Bar Association is an affiliate of the National Bar Association and represents the interests of African American lawyers, judges and law students throughout Northern California. Meyer’s Nave Principal Eric Casher’s many years of service to CHBA include serving in numerous positions on the Board of Directors.

In 2015, Meyers Nave received the Corporate Recognition Award from the Charles Houston Bar Association. The award is presented to an organization that demonstrates a commitment to strengthening diversity and inclusion in the legal profession and in our communities.

In addition to financial participation that has included a CHBA scholarship, Meyers Nave helps advance CHBA’s mission through a broad range of activities, such as hosting a Dr. Martin Luther King, Jr. Drum Major For Justice Advocacy Competition, hosting a Judicial Panel on behalf of CHBA, sponsoring the President’s Reception at the National Bar Association Conference, and hosting an alumni panel for the UC Hastings College of the Law Black Law Students Association and Hastings Alumni Association.

Our attorneys’ involvement in these organizations includes serving in leadership roles, such as

Under SB 56 and SB 182 the California Governor is required to report statewide demographic data provided by judicial applicants. The February 28, 2017 report notes that Governor Brown made 356 appointments to the bench since 2011 and nearly 40% of appointees self-identified as a member of a minority group. The following three diverse Meyers Nave Principals have been appointed to judgeships in California.