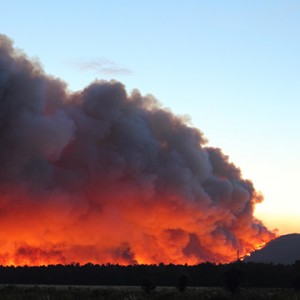 On April 25, 2017, the California Public Utilities Commission issued an $8 million citation to PG&E for a 246-day violation of “General Order 95, Rule 31.1, for failing to maintain its 12 KV overhead conductors safely and properly. This violation began on January 6, 2015, when PG&E and/or its contractors failed to identify a gray pine tree as a hazard or as needing trimming or removal to prevent contact with a PG&E 12 kV overhead conductor. Such contact occurred on September 9, 2015 and started the Butte Fire.”

The Cal Fire report stated that the seventh most destructive wildfire in California history, which took 22 days to control, was sparked by a PG&E powerline that came in contact with a tree that PG&E crews had not properly pruned. Admonishing PG&E’s “negligent maintenance” of electrical infrastructure and surrounding vegetation, the report cites a decision made in the year before the fire to cut two at-risk trees located around the tree that triggered the fire, thus leaving the remaining tree “prone to failure” from wind gusts. The investigation also found that PG&E missed warning signs during at least two prior inspections. “Failing to identify the potential hazard of leaving weaker, inherently unstable trees on the edge of the stand, without conducting maintenance on them, ultimately led to the failure of the Gray pine which contacted the power line operated by PG&E and ignited a wildland fire,” incident investigator Gianni Muschetto wrote in the report.