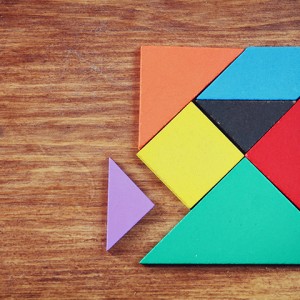 Meyers Nave proudly announces the honor of being selected to receive the 2015 Corporate Recognition Award from the Charles Houston Bar Association at its Annual Gala on December 4. The award is presented to an organization that demonstrates a commitment to strengthening diversity and inclusion both in and out of the legal profession. CHBA is an affiliate of the National Bar Association representing the interests of African-American lawyers, judges and law students throughout Northern California.

“This award celebrates the special culture of our firm, the exceptional character of our people and the outstanding work of everyone on our Diversity Committee,” said David Skinner, Managing Principal of Meyers Nave.

In addition to financial participation, Meyers Nave helps advance CHBA’s mission to support African-American attorneys through a broad range of activities that recently included hosting a Dr. Martin Luther King, Jr. Drum Major For Justice Advocacy Competition (and coaching and sponsoring a regional representative at the National Bar Association Conference), hosting a Judicial Panel on behalf of the Charles Houston Bar Association, sponsoring the President’s Reception at the National Bar Association Conference, and hosting an alumni panel for the UC Hastings College of the Law Black Law Students Association and Hastings Alumni Association.

The award also is an opportunity to recognize the extraordinary leadership of Meyers Nave Senior Associate Eric Casher, who serves as Special Assistant to the President of CHBA and has served as the organization’s General Counsel and Vice President.

About Meyers Nave: Founded in 1986, Meyers Nave continues to expand throughout California with nearly 70 attorneys providing a comprehensive range of legal and regulatory services to public entities and private businesses across the state. Law360 has named Meyers Nave a “California Powerhouse” – “one of the leading firms for local governments and public agencies throughout the state as well as private clients focused on complex, public-facing transportation and development projects.” www.meyersnave.com