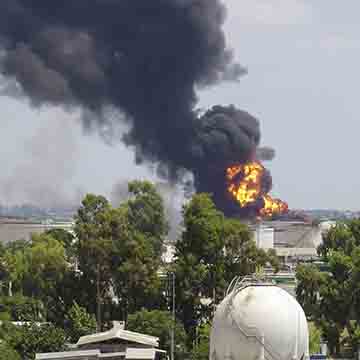 Our team handles crisis situations that begin as litigation as well as those that become litigious as the crisis unfolds or after it concludes. Our crisis litigation experience includes multi-party and multi-district cases, civil litigations that are intertwined with pending criminal actions, and landmark cases dealing with matters of first impression. Our team has a successful track record of trial and appellate work in state and federal courts, as well as administrative hearings and other proceedings before regulatory and investigatory agencies.

Meyers Nave provides clients with a strategic combination of substantive legal skills, attention to reputational concerns, and urgent advice on liability management and litigation implications of many types of crises, including public health and safety emergencies, government enforcement actions, workplace and other internal investigations, class actions, environmental catastrophes, and controversies that arise at the intersection of law and highly charged issues for society.

When a crisis arises from within a client’s organization and impacts the public’s trust in a client, its products or its services, our mission is to help clients preserve or regain that public trust, protect the client’s reputation, address accountability concerns, and avoid lasting damage by: (1) promptly and strategically responding to the immediate situation underlying the crisis, (2) improving internal ethics and compliance programs and (3) enhancing personnel policies, practices and training. We help efficiently and effectively resolve the exigent crisis and put in place a foundation to deter repeat future crises.

Intersection of Law and Highly Charged Issues for Society