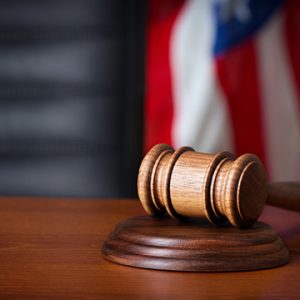 Meyers Nave litigation attorneys obtain victories at the trial and appellate level on many of our clients’ most complex, highest profile and strategically important cases throughout California. Below are examples of litigation successes covering a broad spectrum of our areas of expertise, including Commercial Litigation, Environmental Law, Land Use, First Amendment, Construction, Crisis Management, Finance and Economic Development. Meyers Nave recently shared our insights on high-stakes litigation as the moderator and presenter at a California Minority Counsel Program panel discussion in our Oakland office on the topic of “Strategies for Handling High-Profile Litigation.”

City of Palmdale Catastrophic Rain Storm with 0.1% Chance of Occurring
Meyers Nave successfully defended the City of Palmdale in actions brought by 30+ plaintiffs involving inverse condemnation, nuisance, negligence, and trespass claims as a result of a massive rain storm that caused substantial flash flooding and debris flow. The storm was rated “return frequency” of 1000 years, which means 0.1% of occurring, and overwhelmed the City’s public works infrastructure. Our team’s successes included (1) negotiating the dismissal of Palmdale from one action within a few months of the filing of the action, (2) winning a dispositive motion for summary judgment in another case for judgment based on establishing that the epic storm was an intervening factor that broke the causal chain for liability, and (3) obtaining a definitive legal ruling on a summary judgment motion that served as the catalyst to get the remaining cases settled and involved payment by the pooling entity with a minimal contribution from the City.

TRO Protects Client’s Business in a Trade Secret Theft Case
Meyers Nave commercial litigators obtained a Temporary Restraining Order to protect a client company’s trade secrets and greatly reduce unfair competition from a business that two employees set up with stolen confidential information. The San Francisco-based global client is one of the world’s leading purveyors of high-value, collectible vintage and modern timepieces. The case involved a former employee and a current employee who had access to customer information, a lead-generation customer wish list, and pricing and margin information. The former employee left the client company and within months launched a competing business. The other participant, while still working at the client company, provided the former employee with client contact information, shared proprietary pricing data, and steered customers to the former employee. The defendants are immediately enjoined from further use or disclosure of the client company’s information and must immediately return all such information in whatever form. The Meyers Nave victory was litigated in the U.S. District Court of the Northern District of California and asserted claims under the federal Defend Trade Secrets Act of 2016, a new law that is increasingly being used by companies throughout the U.S.

Los Angeles County Land Use Litigation Win
Meyers Nave’s Trial and Litigation Practice Group achieved a victory for the County of Los Angeles in a case involving the illegal transport and dumping of concrete and other construction debris in an ecologically sensitive region in the Santa Susana Mountains. Judge Stephen P. Pfahler agreed with the Meyers Nave trial team that the owner and operator of the dump was violating the judge’s prior order, which had enjoined the activity. The judge confirmed his prior order and imposed additional significant restrictions on the defendant’s activities, including the relief the community wanted the most – a ban on the trucks that had been endlessly caravanning across the narrow 3.2-mile road to the dump area. The Meyers Nave trial team marshaled overwhelming evidence, including the strategic use of drone surveillance and more than 500 exhibits, to support its successful motion on behalf of the County. In a press release announcing the victory, Fifth District Supervisor Kathryn Barger described the judge’s ruling as “an important victory for communities and the environment.”

$477 Million Downtown Arena for the Sacramento Kings
Meyers Nave defeated every legal challenge against the new $477 million downtown arena for the Sacramento Kings NBA team, including (1) an eminent domain victory giving the City of Sacramento permission to take over the final piece of downtown property, (2) a published appellate decision denying a CEQA-based challenge to the project, (3) a published appellate decision denying a constitutional challenge to the special statute passed to streamline the City’s CEQA review of the proposed arena (the first appellate decision concerning the constitutionality of project-specific CEQA streamlining statutes), and (4) an 11-day trial alleging that the public-private partnership engaged in a “secret subsidy,” collusion, fraud, concealment, waste and illegal expenditure of public funds, along with alleged illegalities in the City’s bond financing. The case settled for dismissal of all claims with prejudice in exchange for a waiver of costs subsequent to the Court finding that “plaintiffs have failed to meet their burden of proof on any of their causes of action.” The trial victory was recognized by The Daily Journal among the “Top Defense Results” of the year. SuperLawyers magazine also featured attorney Shaye Diveley’s appellate victories in an article titled “From Way Downtown: That’s how Sacramento attorney Shaye Diveley helped deliver an arena for the Kings-and just before the buzzer.”

Eminent Domain Victory
Meyers Nave’s client, the Transportation Agency for Monterey County (“TAMC”), is constructing a new commuter rail project to extend passenger rail service from Santa Clara County to Salinas. TAMC acquired most of the property interests required for this Project but was unable to settle as to an industrial property where TAMC sought to acquire 2,156 square feet from one of the warehouses located thereon.  Prior to trial, the landowner’s final demand to settle was $1,900,000 and TAMC’s final offer to settle was $1,100,000. At trial, the landowner asked the jury to return a verdict in the sum of $2,200,000.  TAMC asked the jury to return a verdict in the sum of $800,000. The jury verdict was $1,271,217.00, which was $928,783 below the landowner’s appraised value and $727,783 below the landowner’s final settlement demand. Because the jury’s verdict was much closer to our client’s final offer (only $171,217 over) than the landowner’s final demand, Meyers Nave also saved TAMC from the possibility of the judge ordering TAMC to not only pay for the fair market value of the property (as determined by the jury), but also pay for all of the landowner’s attorneys’ fees and other litigation expenses.

California Supreme Court’s Most Prominent CEQA Case
Meyers Nave represented Lotus founder Mitch Kapor and his wife Freada Kapor Klein before the California Supreme Court in Berkeley Hillside Preservation v. City of Berkeley, a precedent-setting CEQA case that the Daily Journal featured in a cover story. The case also received extensive media attention and coverage in numerous Law360 articles, from an article that described it as “the biggest CEQA case the state’s high court will consider” to an article that described it as “a landmark CEQA case…to determine the fundamental legal nature and practical utility of CEQA’s regulatory exemptions.” The Court’s decision resolved years of uncertainty by holding that there must be “unusual circumstances” in order for an otherwise categorically exempt project to be subject to CEQA. The Court also resolved a divide among Courts of Appeal, holding that an agency’s findings as to unusual circumstances are subject to the substantial evidence standard. The Court established a new two-part test to analyze a project opponent’s assertion that a project presents “unusual circumstances” that require CEQA review.

$162 Million Meyer and Renee Luskin Conference Center/UCLA
The University of California’s General Counsel engaged Meyers Nave to help “bulletproof” the Environmental Impact Report for one of UCLA’s highest-profile projects, the 294,000-square-foot $162-million Meyer and Renee Luskin Conference and Guest Center. As expected, opposition groups filed lawsuits raising numerous challenges, including CEQA, zoning and taxation. Our guidance during the EIR administrative process with a focus on anticipating potential litigation was validated in a subsequent series of courtroom victories, culminating in an appellate judge rejecting all CEQA claims filed by a community group. Meyers Nave also obtained the dismissal of claims that were filed against the Luskins with a published appellate decision confirming that financial support from private donors is expression protected by the constitutional right of free speech.

Largest Fine Against a Utility in the United States
For seven years, Meyers Nave served as Special Counsel to the City of San Bruno regarding a Pacific Gas and Electric Co. (PG&E) natural gas pipeline explosion that killed eight people, injured 58 others and destroyed or damaged 90 homes. Meyers Nave’s work was instrumental in the imposition of a record $1.6 billion fine against PG&E, the largest ever levied against a utility in the U.S. Our work also uncovered political corruption at the California Public Utilities Commission (CPUC) and led to multiple state and federal investigations of the utility and public agency. A federal court jury convicted PG&E of one felony count of obstructing the federal probe of the blast and five felony counts of knowingly violating pipeline safety laws before and after the disaster. PG&E also subsequently agreed to pay $86.5 million in penalties and fines over 164 illegal ex parte communications it had with CPUC regulators over a five year period. The multi-faceted litigation also involved a California Public Records Act lawsuit for which the City of San Bruno received a James Madison Freedom of Information Award from the Northern California Society of Journalists. Law360 named Meyers Nave a “California Powerhouse” and noted that the firm “flexed its muscle” by “marshaling the City of San Bruno through the aftermath of a devastating pipeline explosion.” Meyers Nave led the total recovery of $126 million for the City of San Bruno. The firm’s work garnered numerous awards, including “Giant Slayer” (The Recorder), “Energy & Environmental Trailblazer” (National Law Journal), “Top Women Lawyers” (Daily Recorder) and “Top California Lawyers” (Daily Journal).

$380 Million Expansion at Santa Clara Valley Medical Center
Meyers Nave represented Santa Clara Valley Medical Center in its breach-of-contract suit against Turner Construction regarding its failure to deliver a project which includes the construction of a 366,000 square foot 168-bed inpatient building, construction of a utility loop, and upgrades to the energy plant. During the course of the Project, there were disputes between the County and Turner regarding compliance with California building codes, workplace safety, quality of construction, and completing the project by the contracted dates. Meyers Nave finalized an agreement in which both parties agreed to a collaborative approach to finish the project in a reasonable time frame and a firm commitment on completion costs with a cap on additional costs.

Adult Entertainment Business Shut Down After 2.5 Year Battle
After a three-week trial, Meyers Nave convinced a judge to grant a permanent injunction to close EyeCandy Showgirls, a business advertising itself as providing “the only nude lap dance in San Diego County.” The defendants in the case – owners of several strip clubs in Southern California – had touted their experience obtaining victories against other municipalities awarding millions in attorney’s fees and damages to the adult use operator. The judge agreed with Meyers Nave that the business was operating unlawfully, was in violation of zoning codes, and was a public nuisance that must be shut down. The trial court also overruled objections and granted the City’s cost bill, which included a trial technician assisting with 350 exhibits, including maps, photos and videos, for a total recovery of $50,000. Meyers Nave also helped Chula Vista update and revise its adult business ordinances.