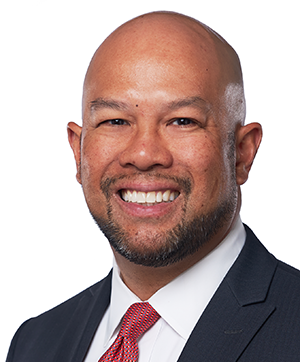 Richard D. Pio Roda is a skilled and experienced strategic advisor and transactional attorney specializing in the areas of municipal and special district law, general outside corporate counsel, technology transactions, land use, real estate, education law and contracts and procurement for government agencies and corporate, non-profit, and healthcare entities throughout California. He is the Chair of the Municipal and Special District Law Practice Group at Meyers Nave.

Richard is the City Attorney for the City of San Leandro, Interim Assistant City Attorney for the City of Newark and serves as General Counsel to special districts and public agencies throughout California. In addition to providing transactional legal services, Richard advises chief executives, city councils, boards of directors, commissioners, councilmembers and staff on the variety of issues they encounter on a day to day basis. He also routinely advises on risk mitigation strategies and litigation management.

Richard enjoys serving as general outside corporate counsel for a variety of privately held companies, including companies in the technology, healthcare, education, and nonprofit sectors. In this capacity, he works closely with the senior management teams of such clients, focusing on board and investor relationship issues and strategic relationship issues with vendors and customers. Richard’s background in accounting is of great value in understanding his clients’ businesses and working with senior management in helping them accomplish their business goals in as efficient and effective a manner as possible. Richard directly assists his clients with corporate governance issues, contracting and fundamental business transactions. He also takes responsibility for managing the client’s use of the other full-service resources of the firm, including identifying the right resources in the litigation, employment and other specialty practice groups to most effectively meet each client’s needs.

Richard is frequently requested as a trainer and speaker on corporate and government ethics, conflicts of interest, public contracting and technology transactions.

Richard was appointed by the Honorable Mayor Ed Lee to the City and County of San Francisco Human Rights Commission, a Charter Commission charged with vetting, reviewing and recommending policies related to human rights, anti-discrimination, and equity. Richard served on the Commission from 2012 to 2017. During his tenure on the Human Rights Commission, Richard was involved in numerous projects and policy working groups, including the Local Business Enterprise Advisory Committee and the Benefit Corporation ordinance working group. Richard also served on various non-profit boards, including Safe & Sound (formerly the San Francisco Child Abuse Prevention Center).

Richard is a professional auctioneer and fundraising consultant for various organizations, charities, foundations, and nonprofits throughout  the world. These include the Tokyo-English Life Line, the Lupus Foundation of Northern California, Safe & Sound (San Francisco), Winesong (benefiting the Mendocino Coast Hospital Foundation), and Nimbus Arts.