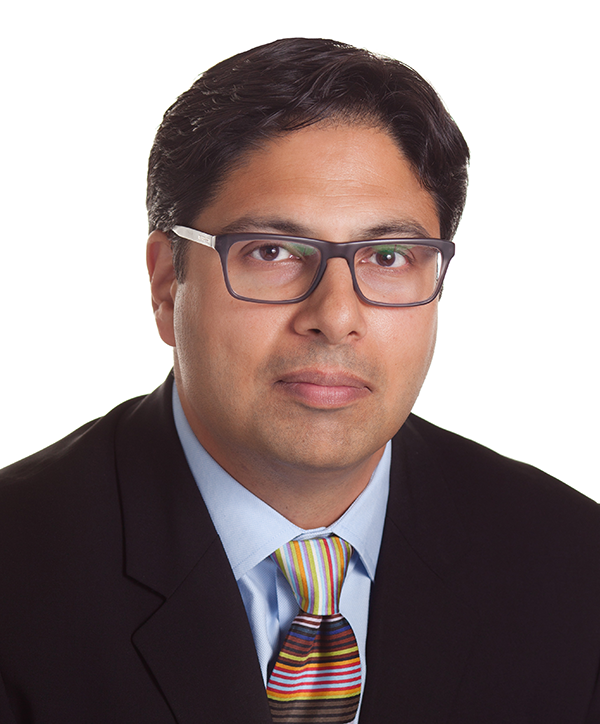 Shiraz Tangri is a Principal in the Land Use, Environmental, and Transportation and Infrastructure Practice Groups. He focuses his practice on real estate development, infrastructure and transportation projects. With a breadth of knowledge in all aspects of land use entitlements, litigation and compliance, his clients are assured of comprehensive representation and advice. Shiraz’s deep bench of experience includes the California Environmental Quality Act (CEQA), the National Environmental Policy Act (NEPA), and complex multi-party and multi-site litigation involving environmental claims, public-private partnerships, water rights, contaminated properties, toxic torts, insurance coverage and products liability issues.

Shiraz fills a specialized niche within Land Use Law, advising clients on major infrastructure, transportation, and urban in-fill projects, including housing, cultural and educational institutions, and transit-oriented development. He is experienced and well-versed in the myriad of issues experienced in Land Use, such as compliance with the Brown Act and other public meeting laws, green building, adaptive re-use, air quality and permitting, renewable energy, sustainable development and transportation planning.

Regents of the University of California—UCLA Luskin Conference Center Project. Secured crucial trial and appellate victories for the University of California, Los Angeles (UCLA), prevailing on all CEQA and taxpayer claims filed by opposition groups to stop the construction of the $162M Meyer and Renee Luskin Conference and Guest Center—one of UCLA’s highest profile campus projects. Also obtained dismissal of the project’s primary donors from the case, arguing that this was retaliation for exercising their free speech rights, which was upheld in a published appellate case.

Crossroads of the World Redevelopment Project/ELDP Litigation.
Successfully represented the City of Los Angeles in expedited California Environmental Quality Act litigation over the redevelopment of the iconic Crossroads of the World site on Sunset Boulevard in Hollywood. Prevailed in the trial court for this major transit-oriented development project, including 950 apartments and condos, 308‐room hotel, and 190,000 square feet of commercial space in three buildings of up to 32 stories. In addition, successfully obtained a quick dismissal of the appeal of the trial court’s judgment as well as obtained denial of review by the California Supreme Court. The Governor certified the project as an Environmental Leadership Development Project under AB 900, which entitles the project to a compressed litigation schedule that requires resolving trial and appellate litigation in an expedited 270-day timeframe. The project preserves 1930s-era buildings and transforms a prominent Hollywood site with new affordable housing and open space.

Boring Company Tunnel Litigation. Successfully defended the City of Los Angeles’s decision to permit construction of an initial test track for the underground transportation tunnels proposed by Elon Musk. Opposition groups sued, arguing that because the test tunnel could be part of a larger transportation network beneath the entire city, a full environmental review was required. The litigation was successfully resolved through an expedited settlement that allowed The Boring Company to proceed with developing new projects using their novel transportation technology.

Lexington Avenue Small Lot Subdivision Project Litigation. Defending the City of Los Angeles in litigation challenging the City’s approval of a planned project to demolish three small single family homes and construct eighteen small lots for the purpose of a small lot subdivision. The suit alleges that the City incorrectly determined that the proposed in-fill project qualified for a class 32 exemption from the California Environmental Quality Act. The suit also challenges the City’s grant of a zoning adjustment for both the height and lot size of the proposed project located at 6517-6533 West Lexington Avenue.

City of Colusa—Colusa Riverbend Estates Project. Defended lawsuit alleging violations of CEQA, civil rights for procedural due process and inverse condemnation. Worked with developer to achieve successful settlement that allowed the City to re-consider and approve the project.

Alameda Corridor Transportation Authority—SR-47 Project. Litigation counsel for a joint powers authority. Successfully defended CEQA and NEPA lawsuits challenging a $700M bridge replacement and expressway project in trials in state and federal court, and achieved appellate victories in the California Court of Appeal and the Ninth Circuit. The authority is responsible for developing transportation infrastructure for the Los Angeles-Long Beach port complex.

Plains Pipeline Co.—Pier 400 Project. Counsel for an energy development client. Successfully defended the approval of a $400M marine oil super-tanker terminal in the Port of Los Angeles, handling all litigation activities and successfully winning the case at trial in January 2010.

Iberdrola Renewables, Inc. Counsel for an international renewable energy developer. Represented the client in a proposed $43M acquisition of 12,500 acres in Southern California for the development of potential wind and solar power projects. Negotiated multiple aspects of the real estate transaction and coordinated land use and environmental due diligence review.

Alpine Development. Counsel for the developer of over 30 master-planned communities and commercial sites in Riverside County and Antelope Valley. Led the project teams and coordinated environmental and land use due diligence, acquisition and remediation activities.